Methane is released during coal mining and is one of the most serious natural hazard.

Methane drainage and economic use of methane are proftiable investment in safety and ecology. 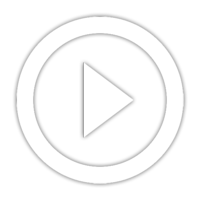 The JSW Capital Group is the largest producer of high-quality hard coking coal in the European Union, which is on the list of critical raw materials for the EU economy, and one of the leading producers of coke used for steel smelting. The core business of the JSW Group is the production and sale of coking coal as well as the production and sale of coke and coal derivatives. In 2019, plants belonging to the JSW Capital Group produced 14.8 million tonnes of coal and 3.2 million tonnes of coke.

In addition, JSW is at the forefront in developing techniques for capturing and industrial use of "Blue Fuel" – coal mine methane for the production of electricity, heat and cold in cogeneration and trigeneration systems. In 2019, in the mines of JSW S.A. 131.7 million m3 of methane was captured, of which 76.9 million m3 were used.

In 2019, the Management Board of JSW SA established the Methane Drainage and Energy Management Office, thus linking methane drainage to the economic use of methane. In-house structures are currently being developed. Methane drainage units have been set up at every mining facility, employing more than people 200 in total. Operating and servicing methane drainage stations as well as supervising and regulating key pipelines and methane intakes in underground excavations are now performed internally. The main task of these units is to increase the capture of methane in the drainage system and thus enhance the safety of underground crews and reduce methane emissions into atmosphere.

Jastrzębska Spółka Węglowa S.A. by 2022, is going to make investments thanks to which the installed capacity at JSW S.A. will amount to 43.9 MWel. The annual production potential of "Green Electricity" in KWK Budryk and KWK Knurów Szczygłowice in 2022 will amount to approx. 330 thousand MWh. The amount of produced energy will cover approximately 33% of JSW S.A.'s annual electricity demand. Due to the fact that methane is a gas whose greenhouse potential is 28 times greater than the carbon dioxide of JSW S.A. actions are closely related to climate protection.

The implementation of "Green Investments" in KWK Budryk and KWK "Knurów-Szczygłowice" by 2022 - will allow the reduction of methane emissions into the atmosphere by a total of 80 million m3 of CH4, which gives about 1.6 million Mg CO2e per year. 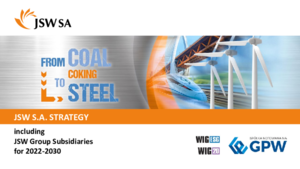 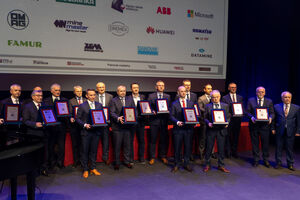 This website uses cookies. Those have two functions: On the one hand they are providing basic functionality for this website. On the other hand they allow us to improve our content for you by saving and analyzing anonymized user data. You can redraw your consent to using these cookies at any time.